July 19, 2012
All humans are born free and equal in rights and dignity - Article 1 from the United Nations Universal Declaration of Human Rights (1948).

We have created a funny world. Not 'funny - haha', but 'funny - twisted/nonsensical/hard to understand' kind of funny. 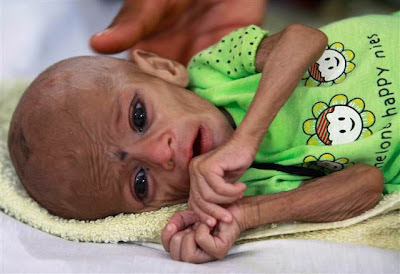 Well kids, it's safe to say we've screwed the pooch pretty bad. Now, if you read this and intend on saying "hah! that's so true!" and then continuing on with your life like nothing happened, *kick* - I hope you have recurring nightmares, every time you close your eyes, of being some poor, pathetic creature somewhere in the world suffering due to our evil nature. In fact, I curse you. I hope the nightmares get so bad that you go crazy and jump off a really high building, survive the fall only to live the rest of your life, paralyzed in a bed so that there is no escaping the nightmares. Or, that you investigate a real global solution, like Equal Money. How about just starting with changing your own life by investigating how the system really works. You have internet access - go, now!