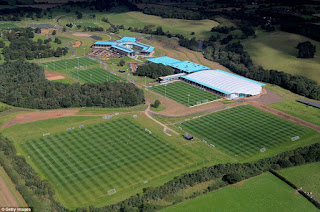 The royal couple, William and Kate were present at the opening of the new 100 million Pound football training center. It has state of the art equipment and is set on over 300 acres. All this in the country that is closing emergency centers in hospitals and cutting millions from welfare support in a bid to minimize costs in the still-spiraling economic meltdown.

'A mixture of pride that we are capable in this country of creating something so beyond compare anywhere else, and excitement at what this means, not just for our national game, but for sport and opportunity in this country as a whole.‬‪

The article also mentions (more than once) the specific brand of clothing the Kate is wearing along with how much the items cost.

How does a center such as this get built, with "royals" attending the opening, while every person and every animal in the world who is not lucky enough to be wealthy and taken care of is struggling every day just to survive? Those who were lucky enough to afford a house or car at one time are now struggling just to make the monthly payments and feed themselves. All this is going on while the cost of food and power is set to soar up (again) in the near future (http://www.dailymail.co.uk/news/article-2214815/Power-bills-soar-AGAIN-Winter-price-shock-looms-millions-households.html) which will make it that much more difficult to survive. The really interesting part of this whole equation is that the rich actually get richer while the rest of the world starves. (http://activistsjourneytolife.blogspot.com/2012/09/day-159-rich-get-richer-poor-get-poorer.html)


Now I know that most people are not interested in changing their lifestyles to bring forth a better world for everyone - but the reality is that very soon there will not be many people left standing within a position to act. Not to mention the fact that we are running out of resources to continue supporting our current lifestyles (http://www.dailymail.co.uk/news/article-2215002/Closure-Britains-remaining-coal-mines-puts-500-jobs-risk.html) 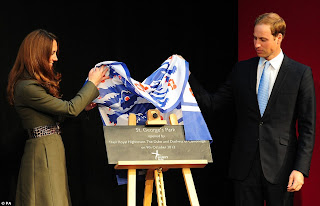 Countries are setting up to go nuts on each other with missiles and drones and border skirmishes and nuclear bombs - for really ridiculous reasons - it's all just a part of posturing and strutting and puffing up the ego's of the people in charge, and the good little citizens drink in all the pretty words of the politicians like it's water in the middle of a desert.

To bring this all back to my original line of thought: OH MY GOD WE ARE ALL GOING TO DIE SLOW AND PAINFUL DEATHS. That, and no one even cares. We are more concerned with Bieberating everything and finding people to boost up our egos and raping and murdering and mutilating and tsk-tsking and generally being complete retards, as if this is all a dream and when we wake up, it will magically be better. Well it won't - we're going to have to ACT to make a change.