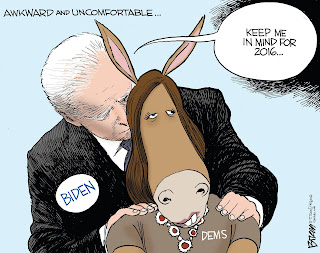 What is corruption? It's a term that we use quite frequently in our lives, and yet seldom do we take in the full weight of what corruption actually is, how the human mind functions when someone chooses to act in such a way that could be described as 'corrupt'.

Corruption is the willing, or rather, deliberate choosing of personal gain over the greater good. It is when someone knowingly does something contrary to the rules, guidelines and principles in place in order to enrich themselves on a personal level. Corruption has a real cost, it has a measurable impact on many lives - the impact is felt but it is rather difficult to measure how much corruption exists simply because it takes place in secret, so you never really know who is corrupt and to what degree.

It is often the people least able to defend or protect themselves who are impacted the most by the selfish actions of those who are more powerful. Leaders of countries deny their citizens adequate housing, financial aid, health care, education and infrastructure (to name but a few) so that they may live in opulence. People who are in positions where they must make choices sometimes choose to make the choice that benefits them personally rather than benefiting the community. These choices remove the potential good that can be created and only serve to further impoverish and diminish our communities.

What is possibly the worst thing about corruption is that is is so readily accepted by all of us. It's simple "one of those things we can never change" - and because that is what we believe, that is obviously what we create and reinforce. Only a few handful of people become angry enough to actually try to do something to stop corruption - and this simply isn't enough to make a large scale difference. Sure, there are news stories and articles now and then - but how often do they inspire real action to be taken to investigate and solve the root problem?

Corruption is choosing "I" over "we". So how do we change the mindset of so many people? How do we inspire the people who live only for themselves to start truly caring about the people and planet around them? Threats do not work - we seem to live under a constant threat of doom and destruction - it simply is not an effective motivator - if it was then we would have changed how we live by now.

No, people have to want to change enough to actually live that change. You can want something a little bit but never actually do anything about it, but if you really want something, like hard, then you're going to do everything in your ability and power to get it. There is actually a meme that depicts this dilemma quite well: If people are willing to camp outside stores for days for the next iPhone, then its not a matter of ability when considering why things don't change - it is rather a matter of desire and will.

There comes a point where desire is irrelevant and it is simply our self will that moves us forward - but it takes time to get to that point and realistically, the majority of humanity is simply not capable of living with that level of selfless consideration and discipline. Unfortunately, these things don't simply fall out of the sky and into people - they are skills and abilities that each person is responsible for developing within themselves.

Every time you choose to look away, or choose to simply accept the world as it is - you are choosing to support the world. Yes, change will not be easy. Yes, we will probably need to make personal sacrifices, especially when we are 'going against the grain' of what is accepted and allowed. The more people who start to want change enough to actually do something to try and create it, the more likely the change becomes.
accept behaviour bernard poolman care cerise poolman challenge change desteni discipline government greed human nature official psychology selfish selfless society want world