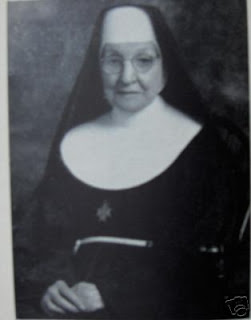 
Teachers and governors at Catholic schools could be sacked if they are gay, remarry or live with a partner without tying the knot.
New advice from the church warns there are ‘substantive life choices’ which are incompatible with the Church's teachings.
Education Secretary Michael today rebuffed calls to intervene, insisting schools only had to act within the law.
Head teachers, principals, deputy heads and heads of RE and most governors at Catholic schools are required to be practising Catholics. They must also conduct themselves in a way which does not conflict with the Church, the guidance says.
It states: ‘There are also substantive life choices which are incompatible with the teaching of the Catholic Church and which may be detrimental or prejudicial to the religious ethos and character of a Catholic school.’
These could include:

Failure to abide by the rules could affect ‘their ability to govern or to lead and model Catholic life and faith with ecclesial integrity may cease to exist’, it adds. - Mail Online


The whole religion thing confuses me a little - there's some holy being up somewhere who plans each life and is really interested in each of our miserable lives. This being is willing to bring destruction, chaos and torment down upon our heads (especially those of us with already crappy lives) at the same time as enriching and satisfying the most evil beings ever to walk the Earth. This holy entity is also not willing to just clarify the whole religious who's right debate, but rather creates a number of competing religions and sets the followers onto paths of war and death. This holy being designed and implemented the life and acts of Hitler and World War 2. This holy being finds it necessary for there to be different holy books and tomes chronicling the teachings of him/her/it-self, and many of these holy texts are contradictory and hypocritical. Consider the bible: love thy neighbour and forgiveness are in there - but so is sanctioned murder and vengeance and shit.

Maybe this super-duper being is testing to see just how far our beliefs will go - exactly to what extent we will go to justify and validify what it is we believe to be true. If the holy books mentioned dragons, then dinosaurs would have a different name.

So now we're supposed to love and forgive everyone, as well as treat them like siblings, except for the gays, whores, witches, women (in some books), people who speak ill of the super-duper being, murderers (except when the murdered is a witch or gay etc) , unmarried lovers and so on and so forth.

People have used and twisted the words and teachings of religious texts to suit their own needs and ambitions (Crusades, suicide bombers...) - if religion can so easily abused then maybe we're doing it wrong. The concept of some God directing our lives is not what is best for all - it allows us to conveniently blame some external force that can never be proven to exist.
allah bernard poolman bible Catholic Christ desteni equal gay Jesus joy law life love Mohamed money Qur'an religion rights sexuality teaching