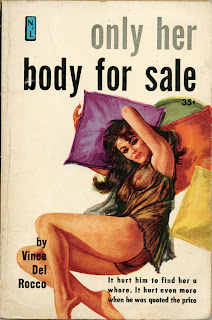 RATHER than face disciplinary action, an employee of the Umtshezi Municipality caught in a sex-for-grants scheme resigned from his job yesterday.
The man and a young woman were allegedly caught in flagrante delicto when an official alerted to the situation burst into the man’s office last week.
Municipal manager Nonhlanhla Njoko and Mayor Bongani Dlamini both denied any knowledge of the matter.
“I have not been informed of any such incident,” said Njoko.
However, Weekend Witness confirmed the incident with three sources, including one from the district municipality which incorporates Umtshezi. None would consent to being named.
They said the man and a young woman from the area were caught in the act by a senior municipal manager after being alerted by other staff.
A source in the municipality, who is not allowed to speak to the media, said the man was in charge of disbursing funds for a certain project undertaken by the Umtshezi council.
In terms of the project, amounts of about R3 000 are given to people who meet certain criteria.
It is alleged the man had on various occasions asked for and received sex from young women who applied to benefit from the project.
“This is not the first time he has done this. This time around, while he was busy with the girl, the staff there heard what was going on and they informed a manager that it was happening [they were having sex] at the ‘sex office’ as that office is now known.”
“These young girls come here [for help], only for them to be sexually exploited. It’s not even a big amount [that is disbursed by the council].”
“This happened in the most senior office in the area. It is the same as if the municipality has slept with this girl.”
Another senior official at the municipality confirmed that the official had been caught out.
“He was caught in a compromising position with a [young woman] by a municipal official.”
The sources said the man resigned from his job yesterday, before disciplinary action could be taken against him. - The Witness

I'm sure everyone has at least heard of the 'What if...?' game (eg. What if you were stranded on an island and you only had one pair of shoes, what would they be?). Well, some of us may also be familiar with a more sinister version of the game that asks how much would it cost for you to have relations with some arbitrary person. We all had a number we were willing to sell our bodies for, we may even be glad to do it for the relief the money would bring. What I find interesting is that anything under that particular number, we will consider as "disgusting, wrong, sinful, unacceptable etc". If you read the story above, these women were trading their bodies for what little sustenance and security it would give them. The source in the article is quoted as saying that the girls were selling their bodies for "not even a big amount" - as if it would have be acceptable if the amount was larger.

In this system, we all have a price - most of the time it's money, sometimes it's the fulfillment of some emotional desire. I wonder why it is that we accept living this way, as we would never want our child to feel the need, or even the desire to sell themselves for some external reward, especially when it is something like money. Yes, we want our loved ones to have money, but only because it affords one the luxuries in life and keeps some unpleasantness away.

Most of us feel unfulfilled in life, like we could be and do so much more - it's just that we don't have the resources to make it happen. A handful of people strike it lucky and live the lives they've always wanted, but for the rest of us that is simply an idyl dream, never to come true - if the system stays as it is now.
bernard poolman desteni dream equal evil game good human life money morality paradise prostitution reward riches sin survival utopia wealth what if