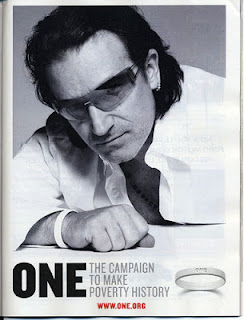 Let me give you a hint... Celebrities wins.


She's supporting a charity who hope to end world hunger, but Rita Ora looked like she'd had more than enough to drink thanks to her choice of lip colour in the IF campaign shots.
The RIP singer's full pout was stained with a purplish berry colour, not dissimilar to the tint of a fine red wine.
Wearing a T-shirt and wristband with the campaign's name, Enough Food For Everyone, Rita joined a number of celebrities in raising awareness of IF and their fight to help those starving in the poorest countries.
A number of famous faces attended the charity's launch night at Somerset House on Wednesday night.
TV stars Keeley Hawes and Downton Abbey's Laura Carmichael arrived and eagerly signed their names on an inflatable canvas in support.
Keeping it casual both actresses wore jeans and black boots: Keeley of the American heeled variety, whilst Laura's lace-ups had a more military look. - MailOnline


In the war of Importance between Pretty Stuff and Real Stuff, it seems like Pretty Stuff always wins. This charity has used celebrities in an attempt to further the publicity of its cause - but all the people care about is what are they wearing? How did she do her hair? How did she do her makeup? The superficial appearances of the celebrities garners much more support, enthusiasm and emotional investment than the plight of starving children with weird big heads and crooked teeth.


There are so many poverty-oriented charities, organisations and campaigns - why aren't they making a difference? Hmmm.. Maybe because they do not address the cause of poverty?

It's like those means on Facebook: a series of terrible images cause no reaction to the character in the cartoon, but an image of some celebrity stubbing their big toe is enough to evoke a river of tears.

We need to take a long, hard look at ourselves and decide if this is truly how we want to live - is this really the life we want for our children and grandchildren? How have we come to value fashion, celebrities and appearances over safety, education and nutrition?

When you look at a celebrity, do you see someone who does absolutely everything in their power to be a good role model for children and focusing their attention and efforts toward creating a better life and world for everyone - OR do you see a person who only cares for themselves, their own dreams, their own advancement and their own comfort?
bernard poolman bold campaign charity desteni donate enough food for everyone equal fashion hunger if life make up money starving welfare world