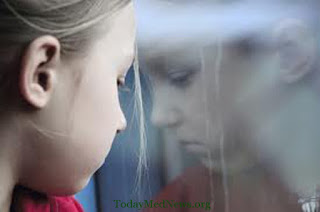 
A 12-year-old schoolboy who was excluded from school hanged himself just hours later, an inquest heard today.
Jordan Green,12, had hurled chairs round a room, sworn at staff and threatened them.
At first he was excluded from school for one day and when his behaviour worsened the ban was increased to five days before eventually the principal banned him permanently.
And when he told his mother Heidi of the ban he said: 'Have a nice life mum, I just feel like killing myself'.
Ms Green said she tried calling him later, adding: 'He wouldn’t answer his phone and I thought "he obviously doesn’t want to speak to me".'
The hairdresser said she returned to their home in Harrogate, North Yorkshire, after 8pm and told the inquest: 'I assumed that he wasn’t home.
'I thought he was playing with his friends.'
Medics believe he had been dead several hours when his body was found on June 27 last year.
Today, an inquest in Knaresborough, North Yorkshire, heard how Jordan, whose mother was separated from his father, Kevin, had been disruptive even when he was at primary school.
Jordan had become increasingly disruptive in lessons since his grandmother died and his parents separated, Mrs Green told the hearing.
When he went to Harrogate High School, his behaviour became worse, causing him to be excluded from lessons on several occasions.
Vice principal Ann Francis said staff had had numerous meetings to decide how to help Jordan, who was academically adept but regularly disrupted classes and swore at teachers.
On occasions he would just start running round the 800-student school and hide from staff who were looking for him.
At one stage he was put in a special educational unit where his behaviour improved.
But last June the decision was finally made to exclude him from the school for good.
That morning he had left his home upset after he refused to get out of bed and go to school.
When he did get there he was put in a 'chill room' to calm down before he returned to normal lessons.- MailOnline (Follow the link above for the full story)


This child, and others like him, have absolutely no tools to help themselves out of turmoil like this - the fact that he experienced it in the first place is n indication of the lack of support he received from his environment (school, parents, media, etc). If a child is experiencing emotional turmoil, then it is the responsibility of the people around the child who have the necessary skills and experience to assist. This is why all potential (and current) parents should receive training so as to ensure that they are able to assist their child when and as needed. 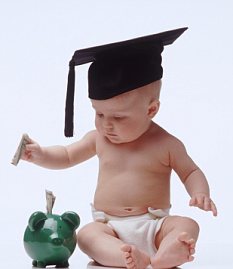 There is no use in pointing fingers and trying to blame someone, or something, in this situation. The problem doesn't lie simply with the family, school or media - but with the system as a whole. "Problem children" are becoming more common, as well as more violent and aggressive - and we simply don't know what to do - we don't even know how we got into this mess in the first place. How can we hope to teach our children to be decent, independent people if we ourselves are not decent, independent people, but are in fact ignorant and greedy.

We have used the same excuse for our "mishaps" for a long, long time. Think back to the Crucifixion of Jesus, for example: we believe that Jesus begged with God to forgive humans because humans are ignorant and "know not what they do". How long can we keep saying "oops, I didn't think that would happen!", or "It's not my fault if I didn't know about it". In reality, this means that we are manifesting a world and a system filled with shoulder-shruggers and ball-scratchers, all saying "oops!".

There are so many children crying out for help, like this boy, who simply do not know how to help themselves. What do we do? Stuff them full of drugs and pop them in front of the TV. I half hope that I won't be alive to see the monsters these children turn into.
advice autism bernard poolman child child care depression desteni equal family life guide life money parenting problem psychology responsible self forgiveness self help suicide tantrum