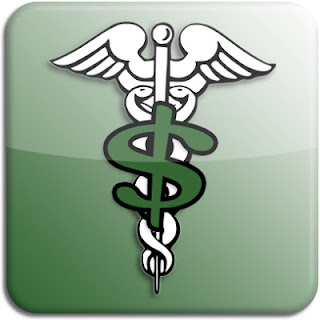 
Durban - Staff at McCord Hospital in KwaZulu-Natal have received notices informing them that it would close in March, the Sunday Times reported.
This comes after the provincial health department said it would no longer provide the hospital with an annual subsidy.
In the notice, the hospital's chief executive, Kevin Smith, says: "McCord has not received notification of an intention to renew this funding. As a result of the loss of this grant funding, McCord loses its licence to operate as a state-aided hospital and cannot afford to continue operating."
McCord is one of KwaZulu-Natal's largest hospitals, consisting of 140 beds and 400 staff. It also runs the country's biggest HIV care and treatment programme.
The hospital is scheduled to stop all healthcare services on 31 March, according to the report.
Patients will be referred to other state-funded hospitals in the city of Durban.
The province's Health MEC Sibongiseni Dhlomo declined to comment on the matter. - News 24

The financial report for the McCord Hospital can be found here. According to this report, the operating costs for the hospital in 2010 was somewhere around R170 million. Majority of these expenses were staff salaries (R110 million). So if we take annual increases in salary into account, we can safely assume that the operating cost for the year 2013 would be around R200 million, R140 million of which would be only salaries. The closure of this hospital means that hundreds of people will be losing their direct financial support and that R140 million will disappear from the "spending power of the citizens". That's a lot of money to most of us, though that is not true for every one. Consider Jacob Zuma, President of South Africa, who is currently building a lovely residence for himself which is costing him a cool R200 million.

It seems that our perception of money is somewhat warped: If we (as in one family, as in you) were to suddenly have hundreds of millions of Rands/Dollars/Pounds/Yen etc we would be set for life. The average person would want for nothing and would be able to live a financially secure life. Even one million is a massive number and a substantial amount of money. But... get us talking about the amount of money the government spends and loses and we throw around these figures as if they are double digits and not 7 digits. "Department of tourism spends R100 million on parties"; "Department of Education has R57 million unaccounted for"; "Department of Defense buys 10 supercopters for R15million each".

I don't understand how government officials (who are people like you and me) can allow hundreds of millions to be misappropriated (granted, probably into their own pockets) at the cost of efforts to improve the quality of life for those who truly need it. If one man can build a fancy house for himself for a couple hundred million, why is a hospital allowed to shut its doors when it would cost the same to keep them open?

We all have our heads in the sand - just because a few "powerful" people tell us not to take them out, that its safer to stay in there. If we don't ask the hard questions then no one will.