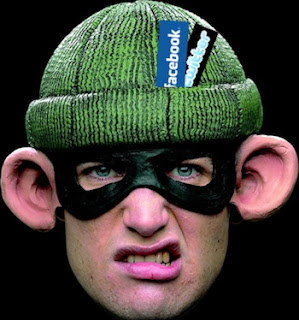 
Durban - In what could change the face of a uniquely South African crime, a gang of white ATM bombers, thought to be responsible for a string of attacks in central KwaZulu-Natal, continue to wreak havoc as fears of their next strike mount.
The bombers were caught on CCTV cameras which clearly reveal their white skin colour.
The gang, thought to comprise between 10 and 15 men, has masterminded at least four attacks in small towns in recent weeks, and the well-armed group operates with military precision.
The statement of a security guard the gang held at gunpoint, corroborated by CCTV footage of the bombers, clearly shows white faces hidden beneath balaclavas, indicating a changing face of South African crime.
The elite gang, armed to the hilt with high calibre assault rifles, appears to target towns outside major urban hubs where police response would be minimal.
The technical nature of their bombings and the manner in which they ambushed police officers has fuelled speculation that they have specialist police or military training.
Criminologist Nirmala Gopal said: “It would appear that the type of crimes perpetrated by whites has changed and this is a very high profile turn. Perhaps white people are getting more desperate, considering they are turning to such violent means,” she said.
She added that previous research into the composition of ATM gangs had shown that they had recruited experts from various fields.
“These gangs fill their ranks with the likes of security guards, cash-in transit personnel, those trained to work with explosives, for example, in the mining industry or even police officers.”
“The peril of suggesting one type of background distracts from apprehending the real criminals. Previous media reports on arrests of police personnel confirm that gangs ensure that expert members from the SAPS and other paramilitary structures are included in their ATM bombing syndicates,” she said.
A security expert, who would not be named as he consulted for several banks, said examining how the gang executed the bombings had led him to believe that they had a military background.
“It is my personal opinion that these men are either currently in the armed forces or have some military experience, especially with regard to demolition and explosives. This will obviously have to be confirmed if they are ever arrested.”
He added that it made sense that these elite soldiers would choose to enrich themselves if they could.
“Imagine you are a soldier with specialised training in combat and in explosives as part of your trade, and despite this you are paid a pittance. It is not an outrageous notion that these men would turn to crime for personal enrichment, they certainly have the means. I don’t think this is the work of the right wing,” he added.
In October, bombers struck an ATM in Nottingham Road in the early hours of the morning. A security guard posted at a hardware outlet across the road had woken to go to the toilet and had stumbled upon the men as they were laying their charges. The unarmed guard was critically injured when the bombers opened fire on him. - Sunday Tribune - IOL News 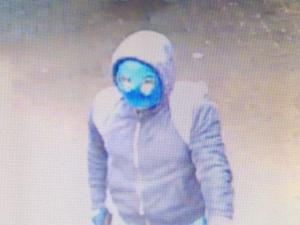 Crime in South Africa is predominantly committed by black people, as the majority of people living in poverty are black. So it is an unusual story to read: white men blow up ATM's. As poverty becomes more widespread in South Africa, the beggars standing at intersections are not only black now, there are many white people. Essentially there is no difference between white, black, coloured, indian, asian, whatever-in - we have created these stigmas about each other and magicked this completely useless and purely discriminatory issue out of thin air.

The truth is that crime is a symptom of the disease of a system based on greed and inequality and justifications. If we were to live according to the principle of all life being equal, then we would never allow another to suffer. Alas, we have made money more important than life and have made life a commodity, to be measured according to monetary value. So now, those who have less money are deemed "less valuable" and are therefore dispensable - acceptable collateral damage for the rich to get richer. When is crime ever a real choice. If you were forced into this position, what would you choose: to starve or to steal?

An interesting thing is that as people become more desperate, and as they feel less and less like they are valued by the system, so their crimes will become more and more violent. We have created crime, murder, kidnapping, theft, ATM bombing - we have created these things by not giving every family the ability to survive in a comfortable and considerate manner.
ATM bomb burglary criminology desteni discrimination equal human nature image life military money poverty south africa special ops steal survive theft training