Day 247: The Price Of Happiness 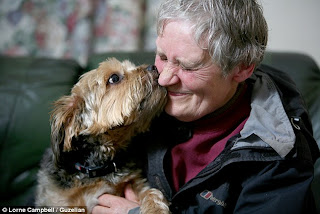 A sanctuary that has cared for unwanted animals for 64 years may be forced into the heartbreaking decision to put down all its dogs – because of one complaint about barking.


Twin sisters Pat Hartley and Jane Wright have been issued with a council noise abatement order which they say they cannot afford to comply with. It means they must find homes for their 17 dogs or have them destroyed.
They fear they may even be forced to close Mill House Animal Sanctuary, which is also home to 10 cows, 10 ponies, seven pigs, five sheep, five llamas and three goats.
The 70-year-old sisters say the complaint from a neighbour about the barking is the only brush with authority they have had since they started the sanctuary in 1948.
Despite this, their local council issued the noise abatement order and told them to put up a soundproof perimeter fence.
Unfortunately, their registered charity cannot afford to fight the order in court and doesn’t have the funds to pay for fencing. - DailyMail 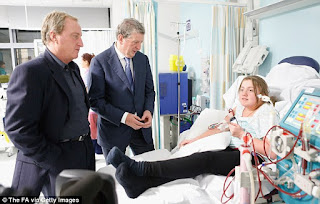 Police last night said they would mount a nationwide hunt for the ‘despicable’ thief who stole Christmas presents from desperately ill children at Great Ormond Street Hospital.
The 20 gifts, worth £2,000 and bought with donations from well-wishers, were destined for patients on the intensive respiratory care ward.
There are fears the thief may be someone who works at the world-famous Central London hospital because the gifts were in a room secured with a key-code lock. - DailyMail

What is the price of our apparent "personal happiness"? All across the globe, the many suffer for the continued privileges of the few: animals live and die terribly to feed our gluttonous and excessive diets; adults and children alike toil for 18 hours a day to make the handy gadgets and accessories we've come to rely on and define ourselves according to; we throw blame around at each other to avoid taking responsibility. Every "positive outcome" in the world is designed to go to those who are already in positions of power and luxury while the "poor" are stuck with the "negative outcomes", kept in line by having "positive rewards" dangled in front of them, just of of reach.

We do not realize just how many beings suffer daily so that we can maintain our lifestyles of luxury - and by luxury I mean being able to have enough food, a warm bed, access to technology and relative freedom of choice. The reality is that a huge proportion of people (and animals) live in circumstances that we simply cannot imagine surviving. We cannot say that we know what it is to suffer deficiency, not many of us can say that we have ever been truly hungry, or that our children have been truly hungry. The difference between those of us in positions of "luxury" compared to those in conditions of poverty and slavery is that those of us in positions of "luxury" are able to educate ourselves about the state of the world and the reason for it being so, and we have the opportunity to actually do something to make the world a better place - as opposed to those who are simply trying to survive. Alas, we would rather wait for some god to save us, or some government, or some organisation - because we just don't want to be responsible.
abuse animal bernard poolman corruption deadly desteni equal gluttony greed human industry life meat money nature protect rights selfish sins slavery