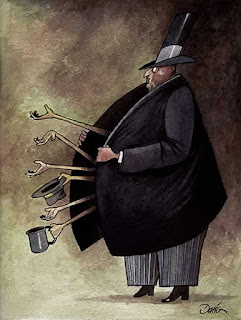 The Prime Minister of the UK, David Cameron, earns an annual salary of £142,000. This is quite a large sum, and quite clearly puts Mr Cameron in the earnings bracket of "well off". I am certain that, being a descendent of King William IV and with his silver-spooned upbringing, he entered office an already wealthy man from family inheritance.

There is a saying, floating around mostly on Facebook, that conservative people are almost always wealthy and are generally opposed to the welfare system. Obviously the fact that they have never known real hunger or worry about how to pay the bills makes it very easy for them to throw around ideas that "those who are willing to work hard will get by fine". They have no real world experience and therefore have no authority. And neither do those who are within the minority of having gotten "lucky" in life by climbing out of a poverty-stricken life and into a position of power - or those who cling desperately to their delusions of grandeur based on their belief that the system is perfect and will protect them.

The position of these wealthy government officials seems to be one of maintaining their own wealth at the cost of - well, everyone else. Why else would they propose to cut welfare at a time when the cost of living has never been higher, their reasoning being supported by propaganda about the laziness and ineptitude of those who are poor, ensuring that the status of the elite is further solidified as being the better and superior position. The "lower classes" of people, across the world, are being denigrated to being lower class citizens, as being less worthy - as less than those who have more money. The name of the game has changed from ages past - maybe not in every aspect. I can name quite a few similarities between economic, racial, religious, cultural and sexual discrimination.

We are living in a new era of discrimination, one that has been present in some cultures for some time, but is a new concept to many other cultures. We live in a new era where our ruthlessness will be of better help to us than a strong work ethic, where dishonesty will reward us more than honesty, and where deceit and nastiness has become our regular cannon fodder. This new era has a name: Neo-Apartheid - the new era of separation and discrimination based on one's economic status.

Not many I wager. This is what is proposed in the Equal Money System - to ensure that those in public office can and will only ever do what is best for all the people and all life.
bernard poolman capitalism communism Conservatory David Cameron democracy desteni disparity economic equal gap life monarchy money neo apartheid Prime Minister UK