"The weather patterns were predictable," he says. "There was a wet season and a dry season, an annual cycle. When there was drought, it was limited."
"Now it's different," he tells CNN. "There's no predictability -- periods of drought can last seven or eight years, and when we get storms they are more intense. The coastline is being eroded. Now the sea is right up to people's doorsteps."
Keke is now foreign minister of Nauru, and leads the Alliance of Small Island States (AOSIS) at the current U.N. Climate Change conference in Doha, Qatar. The Alliance is fighting a David-and-Goliath battle with the world's biggest polluters -- trying to shame them into tougher action to limit emissions and curb the warming of the planet.
The 43 members of the Alliance include countries that are literally disappearing amid rising sea levels. And they accuse the likes of India, China and the United States of not addressing climate change with enough urgency. 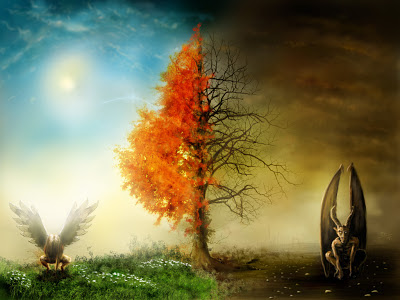 Pollution is a byproduct of the drive for profit - as is deforestation, mining, factory farming, overfishing, the fur trade, puppy mills, the endangerment and/or extinction of many species, poverty, designed obsolescence, slave labour - pretty much any terrible thing that happens in the world can be traced back to money being at the cause somehow. Obviously, the countries and industries profiting from the destruction of the planet and the degradation of our environment will not stop as long as the people in charge of them want to be filthy rich.

No amount of conferencing will change the way the system works - every protocol or agreement signed will benefit some party somewhere. What does this imply? That every person participating in the planning and development of these conferences has no real interest in really changing the world - because if they did, they'd come up with a real solution that would stop suffering and the destruction of the planet almost immediately. I have seldom heard a delegate or any influential person say that money is at the source of all of our global and local issues and that we need to stop using it the way we do and living the way we do. Sure, they feign concern by saying we need to "cut emissions" and "lower consumption" - but the reality is that these are half measures that simply are not enough - and these people suggesting the methods know this. Obviously, there must be some ulterior motive or something, because these are the people who are supposed to care and are supposed to make a difference!

We are all aware of the unusual weather that has been occurring over the last few years - if we want to leave a safe and habitable planet for our future generations we are going to have to start now. There are so many industries and practices in operation that exist only to make a profit - they do not in any way contribute to improving our quality of life. There are so many products for sale that may not even be safe to use, but the fact that they are profitable causes the people selling them to accept the "collateral damage" for the sake of making a profit. So many of our everyday household items are engineered to break close to the end of the warranty, forcing us to replace them every few years. There are so many products that are "upgraded" and "improved upon" when in reality they receive only small modifications that tempt customers to discard of their perfectly good item for the "new and improved" one. Without having to sustain all of these essentially worthless industries, practices and products, our planet will have the opportunity to recover.

The way that we are living is simply ungrateful and abusive - and quite frankly, we don't deserve this life and this planet and all the life we share this planet with. We can choose to live in a way so that we can redeem ourselves - by treating each being we meet as we would want ourselves to be treated, and by being willing to share unconditionally. It's time we took a long look at the society we have created and decide on how to live in a way that will be best for all life, and not just for our wallets.