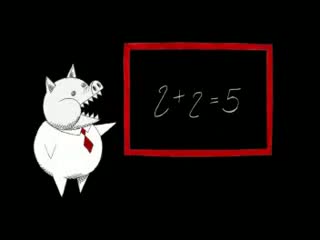 This is, in short, what the annual national assessment of 7million pupils in grade 1 to 6, and Grade 9, reveal.
Basic Education Minister Angie Motshekga yesterday announced the results of the most comprehensive assessment of the education system.
They were a far cry from the department's target, which calls for 60% of pupils to pass numeracy and literacy tests with a mark of at least 50% by 2014.
The only reason for celebration was that the department was able to complete the "massive undertaking" of testing 7million pupils' ability to read and do maths.
Some of the shocking statistics in the results include:
The poor maths results confirmed a recent World Economic Forum financial development report that rated South Africa's science and maths education the worst of 62 countries surveyed.
Grade 9 pupils scored the worst results in maths. Their average score was 13%, with only 2.3% of them scoring more than 50%. - Timesalive - please follow article link above for the full story.

How is it possible to only receive 13% on a grade 9 maths test? We may ask ourselves this question, but most of us received a "good" education and simply cannot compare our experiences with those of the children being failed so dismally by the education system. What is evident is that the standard of education is steadily dropping every year - the schools today are not what they were 20 years ago.

These kids are totally screwed, right from the start. How will they be able to get a decent job if they cannot perform the most basic reading and maths tasks? How much does this impede their ability and potential to lead a fulfilling and productive life? It can easily be said that our success in life is influenced greatly by the level and type of education we receive as children, especially as young children. If we do not learn how to learn when our minds are developing, it will be that much harder to learn as we become older.

If we take into consideration the research done by the authors of Freakonomics - children growing up in homes where the parents "valued" education were far more likely to do well in school, just as children who were more likely to have been "planned" by the parents were more likely to do well in school versus children born to teenage parents. So the educational system is not the only contributing factor to the poor results, the home environment exerts a substantial influence as well. If a child is born into a home that was already struggling financially and emotionally, chances are that that child's foundation is not conducive to the development of independence, education, and discipline in terms of making a contribution to society. The parents show no interest in these unplanned and even unwanted children, and so the children show no interest in themselves and improving their lives. No one is to blame - and yet we are all responsible.

South African cultures are very much based on patriarchy, and so girlfriends and wives are seldom in a position to say no to the advances of their partner - unprotected advances. This and the lack of funds available for abortion (as well as religious beliefs and social welfare incentives) contributes to the high number of "unwanted" children. These children then grow up largely having to fend for themselves, as well as contributing to the welfare of their families - school is simply not an important factor for them, even if their parents do try to persuade them to go to school. It seems that school is seen as unimportant in most poor communities, the parents being unable to break the cycle of poverty and sense of helplessness. This is why the Equal Money System accentuates the importance of properly preparing all prospective parents, so that they are able to create an environment that is optimal for the child.