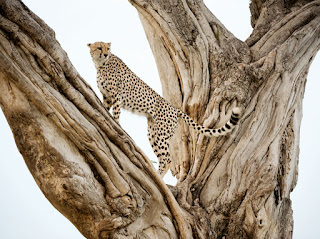 The global cheetah population has dwindled from 100,000 in 1900 to less than 10,000 today. The main reason for the decline is due to loss of habitat, after that it is hunting for sport and poaching cubs to sell on the black market to be symbols of wealth and power for rich knob-heads. The loss of habitat leads to the smaller and lone cheetahs being bullied and even killed by the bigger and more numerous predators, such as lions. The bottom line is that we are committing genocide on the species.

Surprisingly, or maybe not so surprisingly, we try to "make light" of the situation by choosing our words carefully and focusing on the "good things" to shift focus off of our sense of responsibility when the simple truth is that we are 100% responsible for the destruction of another animal species. We talk as if it is some kind of natural phenomenon that is to blame for the mass genocides of the animals on Earth - as if there is some "outside, evil force" swooping down and torturing and killing millions of animals every day. We teach our children that it's because of "bad people" that there is still huge amounts of animal abuse and practically no real changes being effected to stop them. Or, maybe we're just teaching our children that it's ok to maim and kill animals, because we don't understand them and can pretend that due to our inability and unwillingness to communicate with them that they are inferior to us, when in fact it is the other way around.

Animals have a far greater respect for life. Predators only eat what their bodies require to remain healthy and foragers live with consideration of the plants they consume, by continuously moving and so allowing pastures to regain their former state. 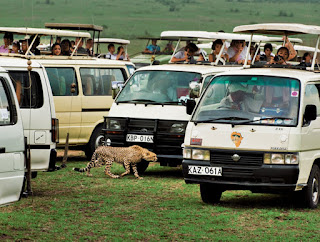 I cannot count the number of "wildlife shows" I've seen on TV that will document the slow, agonizing death of some animal unable to find food, but for apparently "moral" reasons the people standing only meters away, refuse to assist the animal. Apparently, we should not interfere with "natures plans" by altering the "balance" - or some crap like that. We are the ones creating the imbalance in the first place by destroying 90% of the animals and their habitats!

How do charities help? Maybe they will "save" a few animals a year - but they do not attempt to influence change on a global scale which would stop and even reverse the damage we do. The Equal Money System is a proposal that, if implemented, will ensure that the reasons for the abuse and killings of animals will end. Everyone is trying to survive by doing something that earns them money. If we shift our focus from making money to enhancing quality of life and ensuring that each person's needs are fulfilled and rights are guaranteed, then we can improve life and efficiency where it counts!

If you call yourself an activist then it is time to stand with a group/organization that supports and promotes real, global change on a large scale. Investigate Equal Money
animal bernard poolman conservation desteni equal expansion habitat hunting life loss make a difference money national geographic poaching population wildlife