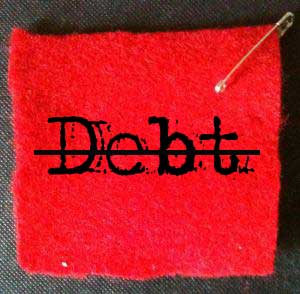 Ok so this is why this idea will never work.

Let me expand on this through a lovely scenario:

Once upon a time, there was a planet far, far away. Now on this planet, there lived a species of creature called... moomans. Now these moomans came in different shapes, sizes and colours and throughout the ages, they developed tribes. One tribe especially became dominant and it's influences reached over the entire planet so that all cultures began to meld and transform into the culture of the dominant tribe. All the other tribes started to think and act like the dominant tribe. This whole domination happened through force and propaganda mainly, but it only took a few years for the subjugated tribes to forget who they were before and to live as if they had always been a member of the dominant tribe. The dominant tribe valued individuality and luxury above all, it used imaginary numbers as a make-believe currency and the members of the tribe were willing to murder, rape, torture, exploit and pretty much whatever else you may put in front of them, in order to get more of this imaginary currency. The moomans believed they were free and evolving, but only those who actually had some of this imaginary currency. There were many, more than half, who did not even have enough of the imaginary currency to fulfill their basic requirements to live relatively comfortably and without worries - and the majority of these moomans only barely had enough to survive. Now the monetary system of the moomans was based on debt, so basically, since the costs of living were so high for the average mooman, they had to borrow imaginary currency to be able to "buy" things or to "do" things (like study). The governments and businesses run by the moomans also worked on the basis of debt, always borrowing to cover the gaps. As it turns out, a small part of the mooman population was incredibly wealthy, they practically ran the world and guided all the other moomans into buying things that would enrich these wealthy moomans further. At certain points in the mooman time line, the middle classed and lower classed moomans became vexed with the elite moomans, because so many moomans were struggling just to survive while those few elites lavished in luxury. There at one point was a group of moomans attempting to raise imaginary currency to randomly pay off the debts of other moomans - yet they did not consider that these people could and would simply go out and get in more debt again, as that was the nature of their system - each mooman (well, most) were owned by the lenders which is exactly what the lenders wanted. The moomans were so attached to their idea of how their world "should be" and that it could never change that they refused to consider implementing an entirely new system. There were some few moomans who advocated for a new system, but they were branded and labelled as heretics.

And so you see, if we do not change the system it will simply carry on as it always has.