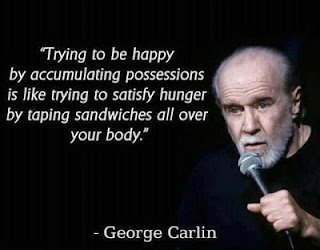 Sometimes, I catch a glimmer of sense, of reason, in my psychology study modules - now it doesn't happen often, but when it does I have a brief moment of "maybe we're not doomed!". Yeah, sure it fades pretty quick, but it's still worth sharing.

...Blaming exacerbates the problem by creating a high degree of helplessness for the blamer. It robs the blamer of the realization that he or she can play a proactive role in developing a solution to the problem. Young and Long (1998)

Too bad that the rest of the book is absolute rubbish and just perpetuates the cycles of ego and opinion validation that keeps people nice and comfy in their patterns of stupidity - but enough about that for now.

People often think that these blogs of mine are centered around blame, which is not the case. There is a difference between exposing responsibility and placing blame. What I am doing is showing where and how our current actions are contributing to the continuation of the enslavement and suffering of life on Earth. There is no use or point in pointing fingers, it doesn't accomplish anything. As the quote above indicates, blame just contributes to the deepening of our graves.

It doesn't help to be content in knowing "who's to blame" so that we can continue ignoring the problems. We are equally responsible for implementing solutions to these problems - the more we say "someone should do something" the less actually gets done (even though we feel like we are doing something just for saying it) and the bigger the problems get.

Every social problem that exists today has this same "public opinion/perception" flaw: that there is "someone out there" who's going to fix everything and that we are not capable of doing it ourselves because the way things are is just the way things are and we can't change that. Plus the people who benefit from the current social setup are the ones with the loudest voices and the most influential opinions.

I vote for an Equal Money System because it accentuates and promotes responsibility as the key to freedom for all. We are in fact all responsible - playing the blame game only ensures our continued imprisonment.
bernard cerise conspiracy corruption desteni elite equal george carlin government human life money nature opinion poolman psychology public rights stupidity