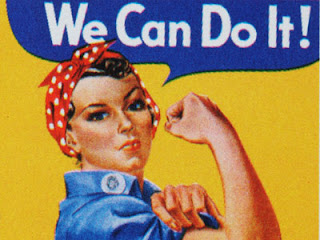 My psychology study module briefly touches on feminism and feminist approaches to theories and research within the social reality. As I was reading, it occurred to me that feminism is exactly the same as veganism, racism, elitism, conservatism - and pretty much all the other -ism's that postulate one specific reason or set of reasons for humanity's suffering and one specific "way" to somehow fix everything. Now of course each one of these -ism's represents, in one way or another, one aspect of our society that is wrong, but that is all. None of the -ism's I've ever heard of would institute a global solution to suffering that was best for all life.

How does feminism on its own save the world, so to speak? How does veganism ensure a dignified life for all beings? How does stopping racism end poverty once and for all? How does activism actually change the world on a large scale? One could slap an -ism onto the ending of every word or concept and we'd still end up asking the same questions.

We like to get riled up over some or other "cause", to make us feel like we're doing something, or contributing in some way. We like jumping on bandwagons. "Oh, that lady's speech about female power being smothered by male oppressors really moved me! I think I'll join her cause and fight for gender equality! Let's all talk about how we've been wronged in the past so that everybody will know! Yeah!" And then we feel really, like, connected to a cause, man. As long as we are doing something that we believe in, then who cares about all the other issues and abuses in the world! I'm taking one fight at a time, I can't be asked to do more than that, surely!

It's funny, we all protest and activise and support our causes away, and yet fail to consider supporting one cause that will end the reasons for activism and protests and supporting causes. We make and watch quirky videos meant to raise awareness of some abuse or poverty and we think "Wow, that video really made me think. The people who made it are really working to accomplish something good, so I'm going to support them!" All because of a video that catches our attention. It could have been made by a gang of thugs for all we know, being endorsed by the powers that be because someone knows the right someone else. All these little videos and campaigns achieve is making some people very rich and maybe, if there is some authority watching the program like a hawk, some of the funds will be used as a temporary band aid somewhere in the world.

The recurring deficiency in each one of the major charities and -ism's is a global solution to end all suffering and guarantee that every being lives a dignified life free from abuse and hardship. Maybe, if every organisation were to get together, there would be a chance that they would come up with a solution - but unfortunately people are so stuck in their own opinions and beliefs that a unanimous conclusion in a situation like that in a time like this is next to impossible.

Changing the world will require that each of us reconsiders our lifestyle and what exactly we accept and allow to exist within us as thoughts, which will eventually manifest as actions and words. Forget the -ism's - show your vote for a life guaranteed to be dignified and enjoyable for ALL: www.equalmoney.org
7 year journey abuse activism bernard cause cerise charity desteni equal equality fuck yeah gender life money promotion racism ryan gosling sex support veganism