Day 183: Being Selfish Makes Us Happy 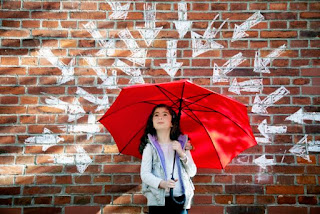 Well now, this article made my day. Not that it's good news, it just presented itself as the perfect topic to blog about. So basically, what the article is saying is that a study has shown that those who are able to act in self interest without feeling guilty are happier people than those who try to act for the "common good". According to the article, due to our parents teaching us as children that "sharing is caring" we tend to feel guilty when we don't share and will forego the things we know will make us happy.

This makes me laugh. Firstly, where the f*ck is all this foregoing of self interest in an attempt to prevent guilt? This study obviously didn't bother to take into account anything deeper than the very superficial tip of the iceberg of human nature - if we were truly tending toward the foregoing of self interest in the interest of the greater good (or even just to not feel guilty) then there wouldn't be quite so much inequality and poverty, would there? Or maybe the study is simply indicating that every single human being is a selfish prick who never, ever acts for any purpose other than self interest.

The second point that this article brings to the fore is that people really don't like sharing. In the study, a group of people were given $3 each and told to donate it to a charity (there were 2 more groups who were given money, one was told to keep it and the other was told to decide for themselves what to do with it). The group that was told to keep the money was the happiest group and the other 2 groups had feedback of feeling dissatisfied with the outcome. I was honestly about at the point where I thought that no human would ever acknowledge something like this - maybe all hope is not lost. But then again, the fact that sharing makes people depressed kind of puts a kink in my small ray of sunshine.

So if we have (d)evolved to the point where we simply don't want to share with others and actively choose our own happiness over the contentedness and happiness of the rest of the world, how the hell are we going to get out of this mess? If no one wants to make the world a better place, as it would involve letting go of self interest and sharing with others, then we are well and truly screwed in our collective behind.

The worst part about this study is that it is presented in such a way that humans being selfish is acceptable, as if it is not abusive toward life. Our perceptions are majorly distorted.

Being in a position to act in the best interest of all but still choosing self is ABUSE. We are abusers - nothing more. We try to separate ourselves from the "bad guys" we see in the news and in movies when in reality we are much worse, because we are pretending to be "good" when in fact all of our actions are perpetuating the abuses of life on Earth.