Islam extremists are allegedly compiling a list of unwed mothers in Mali with the intention of handing out cruel punishment to said unwed mothers. Mali has been another African nation to experience trauma recently and is somewhat overrun by militants and extremists and militant extremists. The extremists have conducted public executions, amputations, stonings and floggings. The militants are buying children from their families to turn into child soldiers. In short, the whole place is a disaster zone. 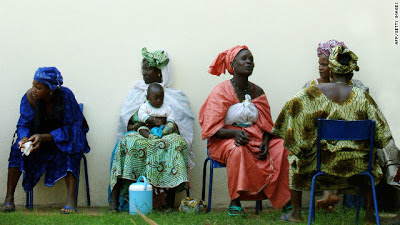 The comments posted under the article focus mainly on debates of religion and whose god is the bestest and whatnot. Some people attack Islam; others attack Islam, Christianity and Judaism; I'm not quite sure what some of the others were trying to say, but I'm sure they were keeping with the trend of the bashing of various religions and/or religious groups. The fact is that all religions have at least one aspect of being f*ed up, whether it be the condoning of abuse, the encouragement of ignorance, or the discrimination of various groups of peoples - to name a few. Religion is an excuse for us humanoids to not be responsible for the world we've created.

Back to the article - and this point applies to many situations - and what is mentioned in one of the comments: the extremists rape and impregnate woman and then stone them for "allowing" themselves to be raped and dishonoured - which is quite odd. It's kinda like the parents who beat up their toddlers for having potty training accidents and then blaming it on the kid. When you see pictures and hear stories of all these things that people do, you kind of wonder what the hell goes through their heads for them to be able to do the things they do? For a man who rapes a woman, I would imagine it would be along the lines of "she deserves it", in essence placing the responsibility of the situation on the woman in order to minimize the amount of guilt he feels. It all comes down to rationalizations: the abuser convinces themselves that what they're doing is somehow "right" and "justified" - and then you get the ones who have been rationalizing and justifying for so long that they become addicted to the abuses they commit and start doing it simply because they enjoy it, as it validates their warped self image and world view.