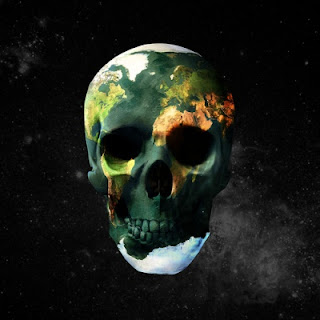 This lake in Russia is so toxic that spending one hour on its shore will kill you - and in the slow kind of way: radiation sickness. The Russian government tried to keep the existence of their nuclear facility a secret, but it was eventually opened to foreigners. All this was during the arms race between Russia and USA. Ah, the beauty of human nature...

When their facility's existence was finally acknowledged, the Chelyabinsk region had seen a 21 per cent increase in cancer, a 25 per cent increase in birth defects, and a 41 per cent increase in leukaemia.
The nearby Techa river, on which several villages relied for water, was so contaminated that up to 65 per cent of locals were stricken with radiation sickness.
Prevented from mentioning radiation in their diagnoses, doctors treating those who had fallen ill termed the sickness 'special disease'. Even then, these notes were classified until 1990.

Is this what our planet will be like in 20 years? A hot zone of nuclear waste and fallout? What will our paper money mean then?

We'll be using gold bars to bash in each other's skulls instead of as a precious commodity. Slavery will be common place, with those controlling clean food and water controlling the people around them. Food, water, clothing, tools - these will become the new currency. No need to wait for God to zap the Earth, we're well on our way already.

Isn't it funny how the "ugly" parts of our nature are covered up so effectively? All the "modern" people living in "westernized" societies are claiming that life is getting better, that humans are getting better. We're ascending to a higher level of awesomeness. At the same time as these claims, some other things are happening: our children are becoming monsters; the abuse, torture and neglect of children and animals is escalating; violence is increasing, along with the threat of nuclear war; the rich have never been richer and the poor poorer; the value of life has never been reduced to a commodity as it is now; we have never claimed and postured and strutted about as much - for no reason - as we are now (how much do we claim to know vs. what we actually know); and, never in all our history have we been so willfully ignorant of the horrors when we are in a better position than ever to educate ourselves about the system and work to change it.

We claim that we are evolving, but what is the point when all it brings is the shadow of the shame we refuse to feel and the horrors of being used for another's profit. We claim to be ascending, but we are stuck in an imaginary world playing a made up game in which the cost of losing is everything - and only 1% will win.

What do borders matter - are they not simply lines in the sand? What do politics matter - we know all politicians are liars and cheats and are more interested in personal gain that in improving society. what good does money do when most of us don't have enough of it? What good is an education when all we are taught is to regurgitate some made-up and misrepresented knowledge that teaches us nothing of the world or ourselves?