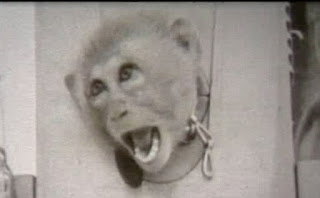 The British government was experimenting with germ bombs of the bubonic plague on monkeys and guinea pigs in 1952.

The most horrifying part of humanity is not that we wage wars to protect our profits and ego's, but that we will abuse and misuse our abilities by, for example, putting small animals in boxes so that only their heads stick out so that we can explode bombs nearby them to infect them with the bubonic plague just to see if we can do it to humans effectively as well. Also, the animals that do not die from the plague will be killed and dissected to try to discover how to make the plague even deadlier.

Human nature is, quite frankly, terrifying. The extents to which we are willing to go for our personal interests seem to have no limits. It's a wonder that we define the word "humanity" as the showing of compassion when humans are anything but compassionate.

People say that we are becoming more "enlightened" and "shiny" or whatever - but if you were to look at the news on just a few news sites then you will see how truly medieval we still are. In fact, our cruelty is arguably more severe now than it has ever been in the past. How is the genocide of every wild animal species any different to the Holocaust? How is the severity of child abuse and neglect now any better than the abuse and neglect of the past? How is the cruelty to animals we see today any better than humanity's history of animal abuse?

The only thing we seem to be getting better at is being more creative in our executions of self interested behaviour: we are finding more imaginative ways to make animals suffer; we are finding more dazzling distractions from the misery around us; we are developing more creative ways to justify our inaction; we are discovering more obscure beliefs and faiths that are tailored to our specific brand of self interest. 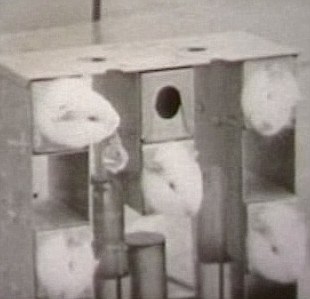 If we are becoming more imaginative and more creative in our self preservation over time, does that mean that any possible future large scale, global events will bare the hallmarks of unprecedented destruction and genocide? 'Cos I mean, if previous generations in the 30's, 40's and 50's were developing such interesting ways to murder, I simply can't imagine what the current generation will come up with. I mean, have you seen the things that kids do these days? Killing family members, beating teachers, killing their friends, raping toddlers, raping each other... just imagine the kinds of large-scale murder methods and tools these guys will come up with.

If we do not put aside our egos and work together to create a world that is best for all, then we are surely all doomed.