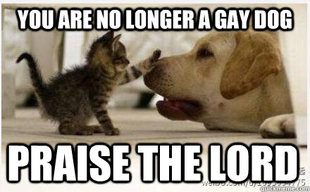 These parents allowed their 16 year old son to die from a ruptured appendix by not seeking medical attention for him, even though he had been suffering from appendicitis for a week before his death. The parents maintain that seeking medial attention would violate their religious beliefs that only God may heal.

Well now. I don't mean to go on a Christian-bashing spree - but here it is.

If one may not seek medical intervention from disease, illness and injury - does that mean that one is also not permitted to eat food, drink water or breathe air? Wouldn't that mean that God is the one giving life in every aspect? Do you think that animals also believe that God will heal them if He/She/It so deems them worthy? I suppose they don't have much of a choice in the matter, as it will either be humans or nature dictating what happens.

How far does this "do not interfere with God's plan" thing go? Because it could logically be applicable to any situation. Like eating, working, (apparent) free choice, sleeping and everything else.

OK, so these guys think that only Jesus has the power to heal and that through true faith in Jesus you will be healed. Does this imply that a baby would then not be healed, due to it not being able to have faith? Maybe the parents can have faith on their baby's behalf. Maybe Jesus allows that kind of thing. BUT - as soon as you reach the age where you are capable of thought, you better BELIEVE or Jesus will make you PAY. Maybe he turns you into a starving African, or a diseased sewer rat, or a goat doomed to be killed by human raping. But you'll never know when he'll strike, cos he might also make you king of the world, or king of cheese - just 'cos he can. 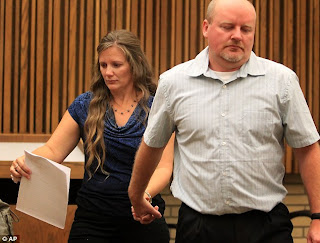 You'd think that God, in all His/Her/It's wisdom, would think of not giving living beings diseases and frailty to injuries, cos then we wouldn't be having this little talk. But noooo, God had to give us all these weird and wonderful (not) ways to suffer and then have some trigger happy nuts put it in the bible, in a sort of ambiguous manner, that only faith can heal us of these maladies. Although I must say that it conforms with the whole Christian theology that God gave us the good and bad versions of everything as some kind of a test, because life can't just be fun and happiness for us - it needs to have trials and tribulations and pain and appendicitis. Oh, and you're not allowed to do anything about it.

Parents who allow their children to die while waiting for magical healing probably believe a lot. Like, seriously. In their minds, if they were to stop believing that would mean that they killed their child and that may just be too much to bear. So they keep on keepin' on with the Jesus time. How much of an indication is this of our complete loss of touch with reality? We'd rather believe that some dude who was the progeny of ghost rape that took place 2000 years ago (probably - the whole thing could just be a fairy tale) was also the son of our omnipotent and omnipresent Creator On High who has a Plan for each of us but also wants us to practice "free choice" in a world where the strong survive and the weak are abused. This Creator will also apparently send us to a place of eternal happiness or torment based on our life here on Earth, the planet of wonders and pain.

Maybe it's time to think outside the box of "everything I have been taught" by "the world and the people around me who must all be right all the time because ......".