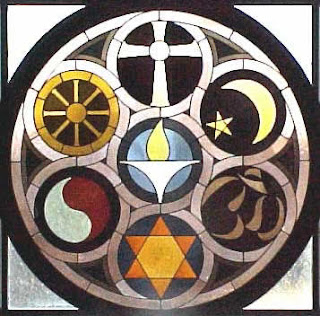 What is tolerance? Aside from being tolerant of drugs, it is described as the willingness to accept and allow another person's opinions. What does that mean? Basically, that we will let people believe, talk and act like total idiots in the name of "free will" - but mainly so that we will also be afforded the freedom to act like idiots too.

Have you ever had a friend or seen a show or movie where someone believes, says or does the most absurd, nonsensical things? And then everyone just lets them do it because it's "their freedom of expression" or whatever. Would you let a person rape a baby because of free will? No! So what's the difference between that and accepting and allowing someone to believe that the religious organisation they belong to has the ability to vaporize their mother to store and then restore her life essence in the future so that she may live again? Or that it is acceptable to harm an animal for pleasure? Or that it is acceptable to have children at a young age without any planning or training? Or that it is acceptable to believe that life is a joyride and all the beings who live in misery just had "bad luck"?

We allow each other to be assholes in the name of freedom, when in fact we are shackling each other to the whims and moods of our deepest, darkest desires which have been cultivated from a young age and have matured into inconsiderate, selfish and abusive impulses.
\
Tolerance is just another word for justification - just another way to say "leave me alone! How I live is MY choice and you don't have the right to say otherwise, 'cos this is MY freedom and MY happiness and me, me, me.".

There are consequences for having the freedom to be whatever we want when we are so easily guided and manipulated by society: we become abusers, which means that we also become the abused.

We tolerate other people's bullshit so that we won't be called out on our own. We want to remain inconspicuous and just the way we are. We did, after all, spend our entire lives developing our characters and personalities and we have figured out how best to survive and maybe even prosper. We allow others to exist within illusions and webs of irrational thoughts and behaviour, so that we won't be expected to change. We tell ourselves that we are fine the way we are and that we are good people, especially compared to those other people - but that's like comparing a child molester to a slightly more active and ambitious child molester.

Of course we think that we are perfect the way we are - we have not been taught to question the system or our own basic structures. We think it's normal to be assholes in a world filled with assholes ruling over the meek and incapable.