Tony Blair (British ex-PM) made $1million for an hour's worth of mediating for a mining company takeover. 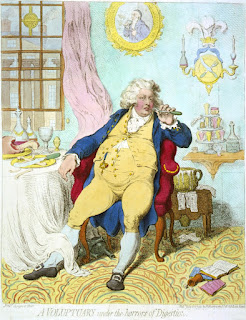 Can you imagine what that money can buy in this world? We tend to talk about costs in terms of value for money, you know, "was it worth it?". According to this logic, everything in the world that doesn't have enough money to flourish is not worth it. Consider the facts that 1% of the human population is so stinking rich they could buy everything and still have change left over to buy, like, the moon - 'cos, let's face it, we are that shallow and opportunistic that we would sell the MOON. Obviously only on paper, since ownership is a subjective concept that we made up to suit our (the "us" who actually have money) needs.

So what is it that makes some people worth more than a bunch of dying kids in Africa? Is it the hair? Or maybe the skin colour? Could it be their blood? Or the special way in which they take a dump? Tell me, 'cos I'd really like to know why 99% of the world lives with a constant anxiety that, at any moment, all of our money could be taken away and then we will have nothing. Maybe I'm exaggerating that figure - it's more like 50% of the human population that actually has enough money to survive, while 49% of the human population has no money - and let's not forget the animals and plants that are subject to our whims and wishes. When I say animals and plants, I mean every single thing in existence that is not human. 'Cos we're that nice.

What do you imagine Tony Blair, or Mr Rockefeller, or the Queen of England would give as their reason as to why they are entitled to live in luxury while starvation is rampant all over the world? Would they admit that their belief is that their life and happiness is worth more than that of a child living on the street? 'Cos I mean, let's face it: these guys deal with, or have dealt with, directly or indirectly, collateral damage and acceptable losses and what not - which implies that they do give a certain, set value to human life - and it seems that their lives hold a higher value as they do not form a part of these "acceptable losses".

It makes me laugh, when I see and hear about ridiculously wealthy people acting like they care about anything other than themselves. I can't help myself - it's like watching the devil give candy to kids- it's all about manipulating one's image and securing future interests. People see a rich person donating to charity and they think "Awww, what a good person." when in fact the only reason they are donating in the first place it to get more people to like them and therefore to get more customers to buy whatever they are selling. These rich people still have boatloads of money left over which they hoard and protect from the world and "those dirty hobo's who want to take it".

All of our society is soaked with a system or hierarchy - we all think we're better than everyone else and that we deserve more. This is exactly the mindset that is keeping us stuck in the manifestations of inequality. We need to implement a system that will regulate the distribution of resources equally and equitably: Equal Money.
7 year journey abuse activism bernard cerise desteni elite equal life equal money Illuminati inequality lifestyle millionaire occupy poolman Rockefeller team life tony blair wealth