First time home buyers in Britain can expect to wait until they're 40 before being able to afford to buy a house. Many are forced to rent or live with their parents until they've saved up enough to be able to buy.

Have you noticed it yet? That it's becoming more difficult to "get by" in this world? Prices keep going up and jobs keep going down... It won't be long before we're all hobo's but for the few remaining oil, banking and pharmaceutical elites. 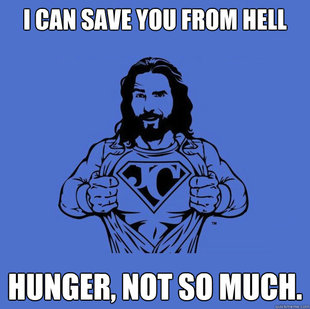 Naaah! The world's not going to shit! Look around, we are advancing and doing stuff that's way cool. People are, like, protesting all over and, like, making a difference. Our freedom of choice has never been free-er... freeer... more free? Anyway! We are at the height of human civilization and awareness and stuff. We are on the path to enlightenment! Some weird alien dudes are gonna beam us up (Scotty) and take us (the chosen ones) away to a utopia-like planet - because we're just totally awesome. And anyway, if that doesn't happen then there's a bunch of stuff to fall back on... positive thinking (law of attraction) could have the universe providing me with some sweet stuff. Then there's Jesus and his dad, either dooming or saving us all - this one can be for my self-loathing days, when I just feel like having my sins washed clean so that I can start anew. Buddhism can be for if I'm feeling particularly introverted and keen on reaching a state of bliss/self enlightenment/whatever. So yeah, there's plenty to choose from.

I mean, just look at the level of freedom we have now - the wide range of choices we have available to us. Life is like a buffet! We should just take and each and take and indulge and take and gluttonize that shit, cos that's what life is for. Same as the oil and gasses and such. I read an article that says that the whole of the center of the Earth is made of oil and stuff - so we're good. And anyway, today feels like a Jesus day, so he's gonna be coming down to apocalypse this place anyway, we may as well make the most of it while we can!

Even if there is no apocalypse, the economy won't let us down - it'll bounce back! Cos that's what it's supposed to do. It was designed to support us (if we work super hard/take credit for other people's work). Capitalism is freedom, cos it lets you buy anything you want! Even if it's a little kid to keep in your basement and... umm... yeah.

We are destroying the planet. We are destroying any chance of redemption we may have had. We are trusting our future and that of our children to men in the sky who are coming to save us, when we are the ones who must save ourselves.