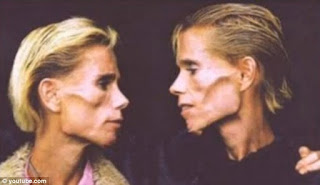 These twins, aged 42, died in a house fire after a lifelong battle with anorexia. They were also fans of running marathons to the point that they would fracture their feet.

What is anorexia nervosa? This is what Wikipedia has to say:

Anorexia nervosa is an eating disorder characterized by immoderate food restriction and irrational fear of gaining weight, as well as a distorted body self-perception. It typically involves excessive weight loss.

How does anorexia develop? How does someone become so consumed by their physical appearance that they are willing to die to fit into a warped idea of themselves? And why haven't we acknowledged the similarities between anorexia and, say, fashion? Or cosmetics? Or hair styling? Or fulfilling our ideas of who we are, such as housewives, strong men, brave, fearful...?

All of this begins with a single thought that we will choose to entertain and allow to re-enter our minds. We may be exposed to the thought, concepts or experience by an outside source, but the fact is that we choose to allow the thought to, just as a seed would, grow and spread. To continue using the Seed analogy, an idea, belief, concept etc will only flourish to the extent that we nurture it. A thought will not turn into an obsession if one does not pay regular attention to the thought, creating additional thoughts, feelings and emotions to support the hold that the thought has in one's self-experience.

A person who is obsessed with their appearance, specifically with their weight, only experiences this obsession by committing themselves to the thought of "I need to be thin" / "If I am thin then I have value" / "Being fat is the same as being dead" or what ever the Source thought is - and cultivating that thought daily. One would need to create justifications - reasons - as to why this thought should become the "who I am" of the individual - because that is essentially what happens: we cultivate these thoughts to become the defining characteristic of our selves. 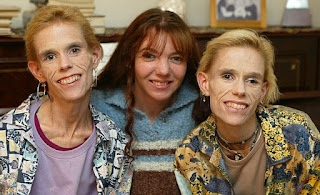 Ask an anorexic person who they are, and their first thought will be "I will be the best I can be when I am thin", but even in such a situation, they are unable to see themselves or any of their thoughts clearly and without bias, as they have spent so much time and energy developing their self-concept that all that matters is the goal: to be skinny - and it is a goal that can never be attained as the person must always be more skinny. Could this be why most anorexics do not know when to stop? Because they always feel like they are not skinny enough?

Anorexia is a condition caused simply by a lack of understanding of the functioning of the human being as a programmable system - and by an overwhelming disregard for the value of all life, as we are valuing life according to our thoughts and not according to equality as what is best for all.