A homeless man fell asleep in a bin and was unknowingly tossed into a garbage truck to be compacted. The man did not survive. 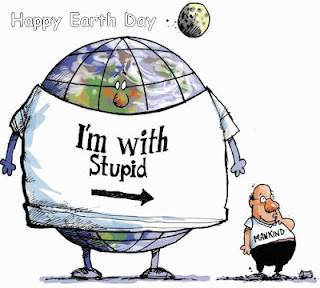 Every winter in every country that gets cold, one hears stories of the homeless dying from the cold. In South Africa, even those with homes die because their homes are makeshift shacks of mud, wood and metal sheets with no electricity (or illegal electricity which very often causes a fire). One hears stories even of British homeowners dying in their own beds because they could not afford to turn the heating on.

Our economic system is not even equipped to support all who are willing and able to work, as their are not enough jobs - so the system is rigged to fail a percentage of the population. Poverty has been a part of may human societies across many eras (but not all - Native Americans and Africans did not know of poverty as they lived as one with their people and the Earth) - but it is only now, in this day and age that we are truly evil.

Now more than ever, we are in a position to actually make changes and improvements on a global scale - yet we do not. We concern ourselves instead with enriching and improving our personal lives.

Now more than ever we are in a position to improve the lives of the plants and animals we use for sustenance, yet we are cruel and exploitative. We prefer to maximize output and efficiency without regard for the well being of those who give their lives for us.

Now more than ever we are in a position to ensure that every child receives an education that will enable them to become independent people who think and act with common sense. We would rather have the children shaped into replicas of the ideal consumer, only interested in self-fulfillment and with no regard for the lives of others.

Now more than ever we can focus our developments to improving the lives of all so that we are actually able to enjoy life without having another being(s) paying the price. We choose to exploit cheap labour forces willing to work in dangerous environments and focus on developing trinkets and gadgets according to trend instead of practicality - which will inevitably and timeously fall out of fashion.

Now more than ever we are in a position to develop sex education and understanding so that it is a safe, enjoyable form of self expression for all. And yet we are feeding the demons within through creating fantasies and illusions of sex through pornography, leading to rape, molestation, pedophilia, teenage pregnancy.

The fact that we have the potential and ability to improve the living conditions of the inhabitants of Earth - and yet we do the opposite - shows that we have in fact been devolving and have manifested Hell on Earth - and we are each Satan who controls it.