Day 143: According To This Report, Poverty Is Not Real 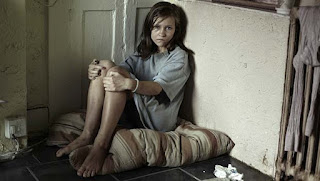 Isn't it odd how many businesses and governments (businesses) will use reports and science to justify themselves, either for their particular action or their general inaction. They promote the idea that if the topic of discussion has not been investigated and validated by a panel of "experts" then it doesn't exist.

In the link above, "analysts" and "critics" questioned the validity of a report from a charity stating that poverty in the UK is on the rise and that people are facing greater hardships than in the past. Basically those who are questioning the report are simply finding a way to distract from the real issues at hand. They would rather ignore or deny poverty than investigate solutions. They would rather question and criticize reports, accusing those reports of not presenting solutions, when they are doing exactly the same! Of course any report that is published without having investigated a global solution to poverty and abuse was not published in the best interests of all life - it was published with some ulterior motive.

Obviously we're not going to change the world if all of the people in positions to actually influence humanity to make a choice to be better are just bickering and spreading spitefulness. Consider the American politics that one sees in movies (I'm not saying that politics in other countries don't work this way - they do) - each party tries to humiliate and trash the other party in order to win. Our leaders are more concerned with bad-mouthing other influential people, so that they can remain in power, than they are with actually implementing real changes that will bring a better world for life.

The scary thing is that humans are becoming more and more twisted every day. We are becoming more willing to be more nasty to satisfy our wants - and this is causing abuse at an unprecedented level. Possibly the greatest abuse that is occurring is that those of us in positions to make a change refuse to do so. We are not willing to risk our own happiness for that of every being on Earth. Sure, we will wish other well and we may even mean it - but we don't really care, as long as we are happy. That's the purpose of life, isn't it? To be happy, no matter the cost? Even if it's not ME paying the price - MY happiness is enough of a reward to justify the means.

The only conclusion one can make, upon consideration of human behaviour, is that we truly enjoy being evil. What other reason could there possibly be for allowing half of the world to live in poverty and enslaving and committing genocide to the animals and plants of this world?